, /PRNewswire/ --  (NASDAQ: CZR) ("", "Caesars" or the "Company") today announced that its Board of Directors has named Anthony ("Tony") Rodio as Chief Executive Officer. Mr. Rodio, who is currently CEO of , will be transitioning to Caesars during the next thirty days. He will join the Company's Board of Directors and be based in . The Board also announced the creation of a Transaction Committee to oversee the Company's evaluation of ongoing efforts in creating additional shareholder value. 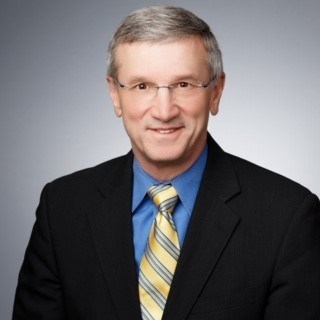 "Tony brings to Caesars a track record of operational excellence, proven leadership and deep industry knowledge and expertise," said , Chairman of Caesars' Board. "Tony is a respected and highly accomplished executive who has successfully built and grown businesses in our industry throughout his career. We are confident that Tony has the vision and depth of operating experience to lead our talented senior management team as Caesars continues its long history of delighting our guests, fostering a welcoming and rewarding workplace for our team members and creating value for shareholders and other stakeholders. Our entire Board looks forward to his leadership in evaluating and executing the Company's go-forward plans."

Mr. Rodio commented: "I have long admired Caesars and am optimistic about the Company's future prospects. Our industry is going through a time of transition and opportunity and I look forward to leading Caesars' exceptional team through the Company's next phase of growth, innovation and value creation."

Mr. Rodio has nearly four decades of experience in the gaming industry. Since , Mr. Rodio served as Chief Executive Officer of . Prior to this, he served as President, Chief Executive Officer and a member of the Board of Directors of During his time at , Mr. Rodio oversaw a period of unprecedented growth at the company, improving overall financial results with net revenue that increased more than 50% driven by both operational improvements and expansion across regional markets. Mr. Rodio led major capital projects including the complete renovation of Tropicana Atlantic City and move to land-based operations in . Each of these initiatives, among others, generated substantial value for . Prior to , Mr. Rodio held a variety of roles at and Harrah's Entertainment.

The Board's Transaction Committee, composed of independent directors, will continue to consider and evaluate various paths for enhancing shareholder value, including continuing to operate as an independent public company. The Committee members are , , and . The decision to form this Committee follows inquiries from industry participants concerning possible transactions with Caesars. is assisting the committee with this process.

There can be no assurance that the exploration with other industry participants will result in any transaction or other result. The Committee has not set a timetable for completion of its review, and it does not intend to comment further regarding these matters unless a specific transaction or other alternative is approved by the Board of Directors or it is otherwise determined that further disclosure is appropriate or required by law.

Mr. Rodio, 60, served as Chief Executive Officer of since and has over 37 years of experience in the casino industry.

Mr. Rodio started his gaming career in 1980 as an accounting clerk and transitioned into the management ranks, holding a succession of executive positions for casino brands including Harrah's Entertainment, , the and Penn Gaming.

Before leading the Affinity team, Mr. Rodio served as Chief Executive Officer and President of for over 7 years. During his tenure, he oversaw the deployment of significant capital investments and dramatically increased the earnings of the enterprise.

He has also served on the boards of professional and charitable organizations including , , the Casino Associations of and , , and the .

Mr. Rodio holds a Master of Business Administration from and a Bachelor of Science from .

is the world's most diversified casino-entertainment provider and the most geographically diverse U.S. casino-entertainment company. Since its beginning in , in 1937, has grown through development of new resorts, expansions and acquisitions. resorts operate primarily under the Caesars®, Harrah's® and Horseshoe® brand names. portfolio also includes the Caesars Entertainment UK family of casinos. is focused on building loyalty and value with its guests through a unique combination of great service, excellent products, unsurpassed distribution, operational excellence and technology leadership. is committed to environmental sustainability and energy conservation and recognizes the importance of being a responsible steward of the environment. For more information, please visit www.caesars.com 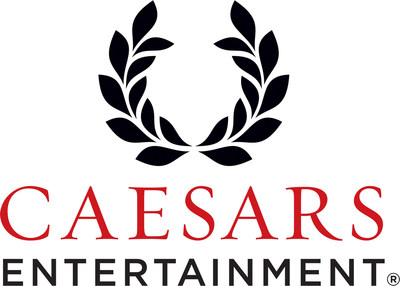