NEW YORK  and , /PRNewswire/ -- Harris Blitzer Sports & Entertainment (HBSE) today announced a multi-year partnership with (NASDAQ: CZR), the world's most diversified casino-entertainment provider, and the sports and entertainment conglomerate's marquee properties: the , and . This historic partnership will introduce sports fans to new sports book experience now available at two of its properties and app through special promotions and activations inside the exclusive . The 5,000-square-foot premium restaurant and bar will be located on the main concourse, providing signature VIP hospitality to Premium Seat members for all home games and will be open to all event attendees during more than 175 live events, games and concerts held at the world's No. 8 "Most Played Venue"* annually.

" and are industry leaders in sports and entertainment," said , HBSE CRO. " is a natural way to recreate the world-class Caesars experience for New Jersey Devils Premium Seat members and one million event-goers that attend concerts and live events at annually. With a partnership that synergistically bookends the state of , can connect with engaged sports and live event fans to promote its new sportsbook and mobile sports betting app throughout the Garden State."

" has enjoyed a long relationship with the community," said , Chief Marketing Officer for . "With the introduction of the , we're excited to expand our relationship and deliver our world-class hospitality and entertainment in a new part of the Garden State."

In addition to exposure on 's 80 digital boards and colossal 4,800-square-foot outdoor LED board, Caesars' branding will appear on Club Level tickets, premium wristbands, concourse pillars and more. Caesars branding, including signage and waitstaff attire, will complete the Caesars premium experience in . Caesars will also have a presence at games through advertising placements. In a Caesars-branded "Shoot for a Million" on-ice promotion, select fans will have the chance to win during the second-period break in 10 regular-season games.

In a series of playful online and in-game contests, Caesars will promote Harrah's and two of its other signature brands to regional and international fanbases. fans will have the opportunity to win a complimentary stay at or an all-expense paid weekend getaway to in via the new "Score for the Shore" in-game, on-court promotion and the "Live Like a Caesars VIP" social media contest, respectively.

app is available through the and on the Caesars website for Android users. Caesars' mobile sports betting offering is integrated with Total Rewards. More information on Total Rewards, including how to become a member, can be found at www.TotalRewards.com. Tri-state area gaming customers can access the mobile app in the state of . Sports fans can also place bets inside the new dynamic sportsbooks at properties in , including and Harrah's Resort Atlantic City.

's fall series marked one of the arena's busiest months to-date. The month of October alone included 11-time GRAMMY winner , Maroon 5, The Eagles, , WWE Smackdown Live and the return of the 2018 Stanley Cup Playoff participant for a six-game slate, including the home opener. The GRAMMY Museum Experience Prudential Center, which opened its doors to the public on , is now home to "Whitney!", a major museum exhibition exploring the iconic career of six-time GRAMMY® Award winner and -native .

*In Billboard's 2017 Year End Review, was ranked as the No. 8 Most Played venue in the world.

is the world's most diversified casino-entertainment provider and the most geographically diverse U.S. casino-entertainment company. Since its beginning in , in 1937, has grown through development of new resorts, expansions and acquisitions. resorts operate primarily under the Caesars®, Harrah's® and Horseshoe® brand names. portfolio also includes the Caesars Entertainment UK family of casinos. is focused on building loyalty and value with its guests through a unique combination of great service, excellent products, unsurpassed distribution, operational excellence and technology leadership. is committed to environmental sustainability and energy conservation and recognizes the importance of being a responsible steward of the environment. For more information, please visit www.caesars.com/corporate.

Founded by and , & Entertainment (HBSE) includes in its portfolio the , the , leading venue in , the GRAMMY Museum Experience Prudential Center, the Delaware Blue Coats, the Binghamton Devils, the Sixers Innovation Lab Crafted by Kimball, renowned esports franchise Team Dignitas and 2K League Team, 76ers (GC). Led by some of the best and brightest minds across a diverse spectrum of industries, HBSE positions itself as one of the most pioneering, innovative sports and entertainment businesses in the world. HBSE also strives to positively impact the local communities in which it operates through the powerful platform of sports. For more information, visit www.hbse.com. 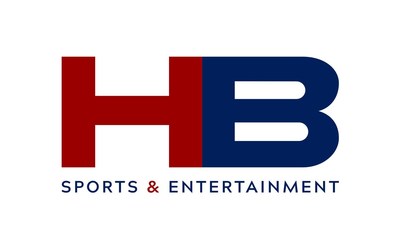