, /PRNewswire/ -- Legendary icon and resident performer launched her 22-city tour across the Asian-Pacific region with a spectacular two-hour, sold out performance inside the Tokyo Dome last night. The Celine Dion Live 2018 Tour Tokyo performance was presented by (NASDAQ: CZR), a global leader in the gaming, hospitality, MICE and live entertainment industries. 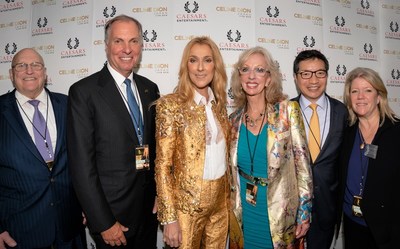 The tour is the latest milestone in a 15-year history of collaboration and partnership between and , who began her first residency "A New Day…" at The Colosseum at Caesars Palace in 2003. Since that time, Celine has performed over 1,000 shows to over four million fans at The Colosseum at Caesars Palace in , and will continue to add to this number with her current residency, "Celine."  While her residency performances usually run for 90 minutes, last night's show lasted for approximately two hours.

" is the global leader in creating world-class live entertainment experiences and we are delighted that we helped bring back to for the first time in 12 years," said , President and Chief Executive Officer of . " has been key to our success as the preeminent (IR) operator. With the IR legislation reaching its final stages, we hope this concert demonstrates our commitment to developing meaningful partnerships in ."

executives Steven Tight, President of International Development, , Executive Vice President of Government Relations & Corporate Responsibility,  , Senior Vice President & Managing Director of & , and members of Caesars' were in for the event.

"I am so pleased that was able to be part of this special performance," said Steve Tight, President of International Development. "Entertainment for the whole family is at the core of , and it was a delight to see such a wide range of people enjoying Celine's concert. Shows like this take place at every day, so I hope this concert gave the audience a real taste of the type of entertainment you can expect at a ."

To celebrate the event, gave away three pairs of concert tickets to lucky winners through a tie up with women's lifestyle magazine CREA.  also created a Colosseum-inspired pop-up photo booth at the venue to commemorate its 15-year relationship with , where concertgoers had the opportunity to take a photo alongside an image of Celine performing at the iconic venue against the skyline.

About
is the world's most diversified casino-entertainment provider and the most geographically diverse U.S. casino-entertainment company. Since its beginning in , in 1937, has grown through development of new resorts, expansions and acquisitions and its portfolio of subsidiaries now operate 47 casinos in 13 U.S. states and five countries. resorts operate primarily under the Caesars®, Harrah's® and Horseshoe® brand names. portfolio also includes the Caesars Entertainment UK family of casinos. is focused on building loyalty and value with its guests through a unique combination of great service, excellent products, unsurpassed distribution, operational excellence and technology leadership. is committed to environmental sustainability and energy conservation and recognizes the importance of being a responsible steward of the environment. For more information, please visit www.caesars.com. 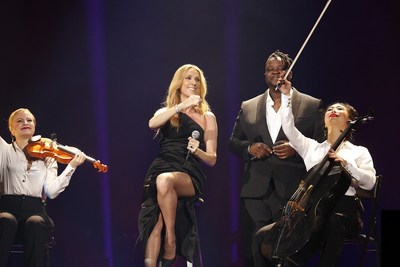 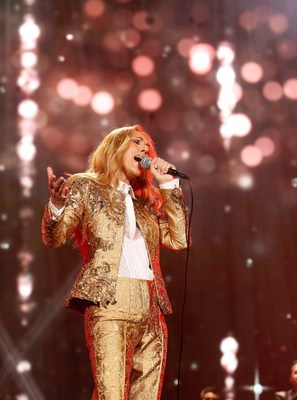