, /PRNewswire/ -- Legendary entertainer and music icon adds new dates through 2022 to his first-ever solo residency inside Harrah's Showroom at Harrah's . 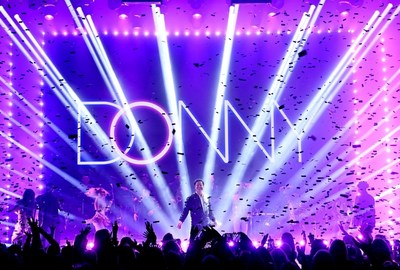 Sold-out crowds flocked to see Osmond's return to stage at his all-new solo residency, a dynamic, energy-filled musical journey of his unparalleled life as one of the most recognized entertainers in the world. Fans are treated to a party as Osmond performs his hits like "Puppy Love," "Soldier of Love" and latest single "Who." Donny shares stories of his greatest showstopping memories through an "Auto-rap-ography" – a rap song accompanied by photos and videos of his impressive career milestones. He also introduces brand new songs and interacts with the crowd in a completely reimagined song and dance celebration.

This show is produced by Mojave Ghost. of Mojave Ghost has produced Tony and Drama Desk Award-winning productions on , as well as more than 2,500 concerts, shows, national tours and IP exhibitions throughout the domestic Mohave Ghost has also produced Donny's tours for the past decade. For more information, visit mojaveghost.com. Osmond's residency is directed by , who has produced The GRAMMYs, Latin GRAMMYs, The Academy Awards, . Kapoor has also directed and produced hit residencies for , and the Backstreet Boys. The all-new show is choreographed by Emmy Award-winning duo, Nappytabs.

All-new 2022 dates are available today, , at . A limited number of pre-show VIP experience passes are available nightly. For more information, scheduling and to purchase tickets, please visit www.ticketmaster.com/donny. Performances will take place nightly from Tuesday to Saturday with all shows beginning at

About
Throughout his illustrious career, Osmond has earned 33 gold records, selling over 100 million albums becoming a worldwide music legend. Currently, Osmond's milestone 65th release, Start Again, debut worldwide on . The album title itself was directly inspired by Osmond's own unique career journey of constant reinvention over the course of his six decades as a world recognized performer. Additionally, in an unprecedented and history-making deal, Osmond headlines his first-ever solo residency at Harrah's , marking a return to the Las Vegas Strip after a record-setting 11-year run at Flamingo Las Vegas with his sister Marie. Osmond has notably entertained a vast array of audiences with his varied career choices. He has starred on as Gaston in Beauty and the Beast; hosted two television series on British network television; and performed at the Concert for Diana, seen worldwide by more than 2 billion viewers. The critically acclaimed song Captain "I'll Make a Man Out of You" from the film "Mulan" was sung by Donny. The song and Osmond's singing of it received accolades from around the globe and ranks as one of the most popular and enduring tunes of all time.  One of Osmond's most notable career achievements was his starring role as Joseph in Sir Joseph and the Amazing Technicolor Dreamcoat, which broke records during its six-year run with more than 2,000 performances in the US and . Most recently, Osmond stunned audiences across America when it was revealed that he was the fan favorite "Peacock" on the inaugural season of the hit Fox musical competition show "The Masked Singer."

About Harrah's
Harrah's is a welcoming resort where guests can break away from their daily routine in a playful atmosphere. The resort offers more than 2,500 renovated hotel rooms and suites with bold purple and blue hues that complement the cream-colored décor, dark wood accents and contemporary fixtures. Harrah's features 87,000 square feet of casino space, a modern Race & Sports Book offering both live gaming and sports betting, and more than 25,000 square feet of meeting and convention space. Six restaurants encompass everything from PizzaCake by , to the chef-driven Fulton Street Food Hall, to the upscale setting of  , a romantic venue with breathtaking views of The Strip. Harrah's outdoor bar, Carnaval Court, brings high energy to the Las Vegas Strip with live music and some of the world's top flair bartenders who juggle and pour to perfection. A wide variety of entertainment options include the first-ever solo residency from , as well as AGT's Tape Face, Menopause the Musical, X Country and "An Evening with Whitney: The Whitney Houston Hologram Concert" beginning this fall. Harrah's is operated by a subsidiary of (NASDAQ: CZR). For more information, please visit harrahslasvegas.com or the Caesars Entertainment Las Vegas media room. Find Harrah's on Facebook and follow on Twitter and Instagram. Must be 21 or older to gamble. Know When To Stop Before You Start.® If you or someone you know has a gambling problem, crisis counseling and referral services can be accessed by calling 1-800-522-4700 ©2021, . 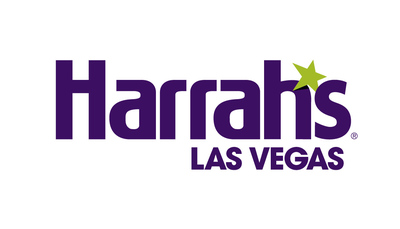