, /PRNewswire/ -- Multi-Platinum singer-songwriter has announced the final six performance dates for her exclusive headlining residency show : The Xperience at at .

Designed exclusively for and promoted by and , : The Xperience is a multi-sensory immersive experience engaging the audience with enigmatic vocals, spectacular visuals and surprising scents. Christina brings her audience through a journey of her music, showcasing some of her global hits including "Genie in a Bottle," "Beautiful," "Dirrty" "Lady Marmalade" and "Ain't No Other Man."

Tickets go on sale to the public starting at . Fan presale tickets will be available starting at through at . American Express® Card Members can purchase tickets before the general public beginning at through at . In addition, members of Caesars Rewards, loyalty program, and Live Nation and Ticketmaster customers will have access to a presale running from . A limited number of meet and greets will also be available.

The final six performances going on sale are:

A limited number of tickets and VIP packages are available for the following previously-announced performances:

General ticket prices begin at plus applicable tax and fees, and may be purchased online at www.ticketmaster.com/Xtina or in-person at the Planet Hollywood box office. All shows begin at

Additionally, , and are donating of every ticket purchased to : The Xperience at to The , only 24-hour accessible emergency shelter for women and children in crisis, servicing many who are victims of domestic violence and/or human trafficking

‪Christina Aguilera‪ is a six-time -winning singer-songwriter renowned for her powerful voice and hit songs. Throughout her career, she has sold more than 43 million records worldwide. Aguilera has achieved five No. 1 singles on the Billboard Hot 100 chart making her the fourth female artist to top the chart over three consecutive decades (1990s, 2000s, and 2010s). She has received a star on the Hollywood Walk of Fame and holds the prestigious honor of being the only artist under the age of 30 included in list of the 100 greatest singers of all time. In 2011 she entered the world of television as a coach on Emmy Award nominated show The Voice. Aguilera has served as global spokesperson for Yum! Brands' World Hunger Relief effort since 2009 and has helped raise over for the and other hunger relief agencies.

PLANET RESORT & CASINO
is the centerpiece of the famed Las Vegas Strip, with 2,500 beautifully redesigned guest rooms and suites showcasing some of the best views in town, along with endless options of unparalleled shopping, distinguished dining, popular entertainment and a bustling nightlife. A bright, bold addition to the resort's portfolio, the new Ultra Hip Rooms feature contemporary elegance and luxury bedding. Known as the place to play for its roster of A-list celebrity guests, Planet Hollywood's 231 newly restyled suites feature stunning views of the glittering skyline and daring décor elements such as suspended sofas, lounge-style living spaces and oversized modern artwork. The resort encompasses more than 100,000 square-feet of gaming, several lounges, impressive restaurants including , KOI, Strip House, and the award-winning Spice Market Buffet, an intimate wedding chapel and the by Mandara. The resort also features The Scene Pool Deck with the Strip's first and only stand-alone wave machine, the FlowRider. Home to the first pop music residency in , showcases resident headliners , , and . Magician performs an over-the-top visual spectacular of "Criss Angel MINDFREAK®" in the newly-renovated . The property is encircled by with more than 170 specialty stores and restaurants. is operated by a subsidiary of (NASDAQ: CZR). For more information, please visit planethollywoodresort.com or the Caesars Entertainment Las Vegas media room.  Find on Facebook and follow on Twitter and Instagram. 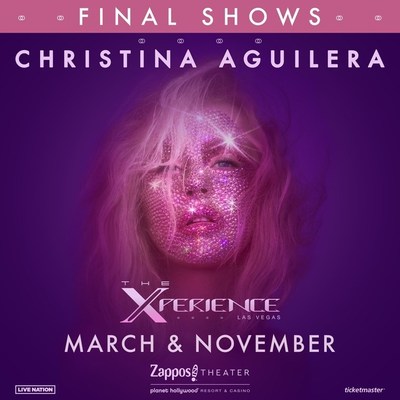