, /PRNewswire/ -- Multi-Michelin star chef and television personality Gordon Ramsay, joined by the finalists of Season 17 HELL'S KITCHEN All-Stars and famous faces from the sports and entertainment world, celebrated the official grand opening of the first-ever Gordon Ramsay HELL'S KITCHEN restaurant at Caesars Palace in . Since its soft opening in early January, the highly-anticipated restaurant has already received reservations for nearly 25,000 guests. Reservations are available for lunch and dinner and can be made at www.GRHellsKitchenLV.com. 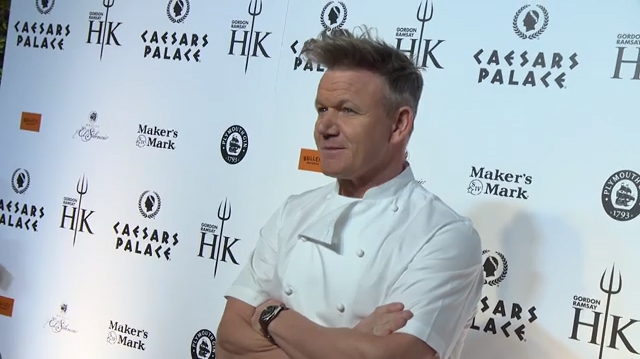 Designed to be an experiential and immersive destination restaurant, guests at Gordon Ramsay HELL'S KITCHEN will feel transported to the studio set of the globally popular television show. The inspiration from the hit show is evident from the signature fiery pitchfork – direct from the set of the popular TV show – that marks the entryway, to the life-size video screen of Chef Ramsay that greets guests upon arrival, to the chef uniforms and menu items. The winner of current Season 17 of HELL'S KITCHEN All-Stars will be named Head Chef and have portrait hung with the other previous champions on the winner's wall.

"We responded to fans of the show who were hungry for a real-world HELL'S KITCHEN restaurant for some time – pun intended," said Ramsay. "What we didn't fully realize was just how enthusiastic the response would be. We are thrilled with the reservations and interest since announcing our opening, and excited to welcome guests to experience the best of HELL'S KITCHEN – great food, and great cocktails."

Masterfully designed by , the first-of-its-kind restaurant boasts design features that are engaging to all senses and are a nod to both the red and blue teams featured on the show. The dynamic and bustling kitchen is the centerpiece of this unique eatery, with mosaic tiles framing the open space artfully, allowing guests to appreciate from every seat in the house. Chefs and cooks in the kitchen will be in the exact uniforms from the show – red and blue jackets with coordinating bandanas. To further bring the electric atmosphere of the studio into the dining room, additional key elements of the show are infused in the design, such as fire and heat and custom designed lighting that combine brass rods with pitchfork features and runs across the high ceilings. HELL'S KITCHEN's iconic "H" and pitchfork symbols are cleverly featured throughout the custom-designed, laser-cut screen partitions and soft charcoal and ash-hued wallcovering.

"Creating unique and world class-dining experiences is one-way is strengthening the integrated resort concept," said and CEO of . "A key element of this is building strong partnerships and Gordon is not only a great partner but also one of the biggest talents in culinary."

Several of the most successful signature menu items and recipes featured on the television show can now be experienced during lunch and dinner including Pan Seared Scallops, Lobster Risotto, Beef Wellington, Truffle Arancini, Brick Pressed Chicken and Crispy Skin Salmon. Special menu items direct from the show will be added as new episodes air.

To perfectly complement the cuisine or to simply enjoy at the restaurant's sprawling bar, the cocktails at HELL'S KITCHEN are not to be missed. The signature creations include the gin-based Notes from Gordon, garnished with a scroll printed with a surprise note from Gordon Ramsay; the citrus and rosemary laden Chef's Stew, served bubbling and steaming from dry ice; and the rye-based Smoke on the Blvd, which arrives in a cherry-wood smoke-filled glass cabinet. The restaurant also boasts an expertly curated wine list with over 20 wines offered by the glass. The beer list is also notable with more than 30 options, and includes an exclusive HELL'S KITCHEN Special Brew IPA from Stone Brewing.

"With Gordon and his team, we created a unique dining experience based on one of the most popular shows on television. I'm very proud of what we have achieved. The room has been transformed and feels just like the set of , and the food and service is worthy of the Gordon Ramsay," said Gary Selesner Regional President Caesars Palace. "The response from guests so far has been very gratifying. They are delighted with the menu and love the concept.  It looks like we have another big hit on our hands. I can't wait for everyone to try it."

His next-generation multi-media production company STUDIO RAMSAY has a joint venture with All3Media to develop and produce both unscripted and scripted television shows, creating new formats and innovative programming that includes a scripted arm focused on food-related themes, and development of new talent on a global front. The catalogue of programs that Ramsay has worked on historically with All3Media via One Potato Two Potato, together with new original content he's currently developing, make for a unique and dynamic production and distribution partnership. Studio Ramsay's first production, THE F WORD WITH GORDON RAMSAY, premiered live this past summer in the U.S. on . Its first daytime cooking series, CULINARY GENIUS, premiered in the spring on ITV in the was syndicated on stations in the U.S. this summer while his new documentary series, GORDON ON COCAINE, for ITV premiered in the fall. Seasons 3 and 4 of "MATILDA AND THE RAMSAY BUNCH," starring Tilly Ramsay for children's channel CBBC are also produced by STUDIO RAMSAY.

comprises the restaurant business of acclaimed chef, restaurateur, TV personality and author Gordon Ramsay. employs more than 700 people in where it has a collection of 14 restaurants. They also have a total of 33 restaurants globally and 7 Michelin stars, with international restaurants spanning from to the US, as well as the .

World-renowned resort and casino and voted "" in 2016 by the readers of the Las Vegas Review-Journal, Caesars Palace features 3,980 hotel guest rooms and suites, including the all-new , the 181-room and Award-winning The Laurel Collection by Caesars Palace. Celebrating its 50th anniversary in 2016, the 85-acre resort offers 25 diverse dining options including the award-winning Bacchanal Buffet, as well as celebrity chef-branded restaurants by Gordon Ramsay, , , , Searsucker Las Vegas and MR CHOW. The resort also features nearly 130,000 square feet of casino space, a five-acre Garden of the Gods pool oasis, the luxurious , by celebrity hairstylist , five wedding chapels and gardens, and the new 75,000-square-foot OMNIA Nightclub with the top DJs such as , Kaskade and Zedd. The 4,300-seat Colosseum, Venue of the Decade, spotlights world-class entertainers including , , , Reba, Brooks & Dunn, and . The Forum Shops at Caesars Palace showcases more than 160 boutiques and restaurants. For more information, please visit caesarspalace.com or the Caesars Entertainment Las Vegas media room. Find Caesars Palace on and follow on Twitter and Instagram.

(), a unit of , is home to some of the highest-rated and most acclaimed series on television, including EMPIRE, THE MICK, LETHAL WEAPON, LUCIFER, GOTHAM, THE LAST MAN ON EARTH, NEW GIRL, BROOKLYN NINE-NINE, STAR, THE EXORCIST, THE SIMPSONS, FAMILY GUY, BOB'S BURGERS, HELL'S KITCHEN, MASTERCHEF, MASTERCHEF JUNIOR and SO YOU THINK YOU CAN DANCE; as well as new series THE GIFTED, THE ORVILLE, 9-1-1, LA TO VEGAS,GHOSTED, , LOVE CONNECTION and THE F WORD WITH GORDON RAMSAY; and upcoming drama THE RESIDENT. airs 15 hours of primetime programming a week, as well as major sports and Sunday morning news. Through the FOX NOW app, viewers can watch full episodes of their favorite shows on a variety of digital platforms, while enjoying enhanced interactive and social capabilities around those shows. Download the FOX NOW app at www.fox.com/foxnow.  To watch primetime programming live on the web, visit www.fox.com/live. "Like" on at www.facebook.com/FOXTV and follow the network on Twitter @FOXTV. For additional information about , please visit www.fox.com.

ITV America, ITV's US group of businesses, is the largest independent producer of non-scripted content in the US, producing more than 100 programs, totaling over 800 hours of content, in partnership with more than 40 networks. Hit series include Fixer Upper (HGTV); , The Four: Battle for Stardom and American Grit with (); Killing Fields (Discovery); The First 48 (A&E); (FYI); The Real Housewives of (Bravo); Duck Dynasty (A&E); Pawn Stars, Alone and Forged in Fire (History); Cake Boss (TLC); Marriage Boot Camp (WE tv); and the new Queer Eye (). Companies under the ITV America banner include , Leftfield Pictures, Loud TV, , Sirens Media, , and Thinkfactory Media, as well as numerous talent-driven production partnerships.  Development and production is currently underway across numerous broadcast and cable networks, and platforms including , , , and others. 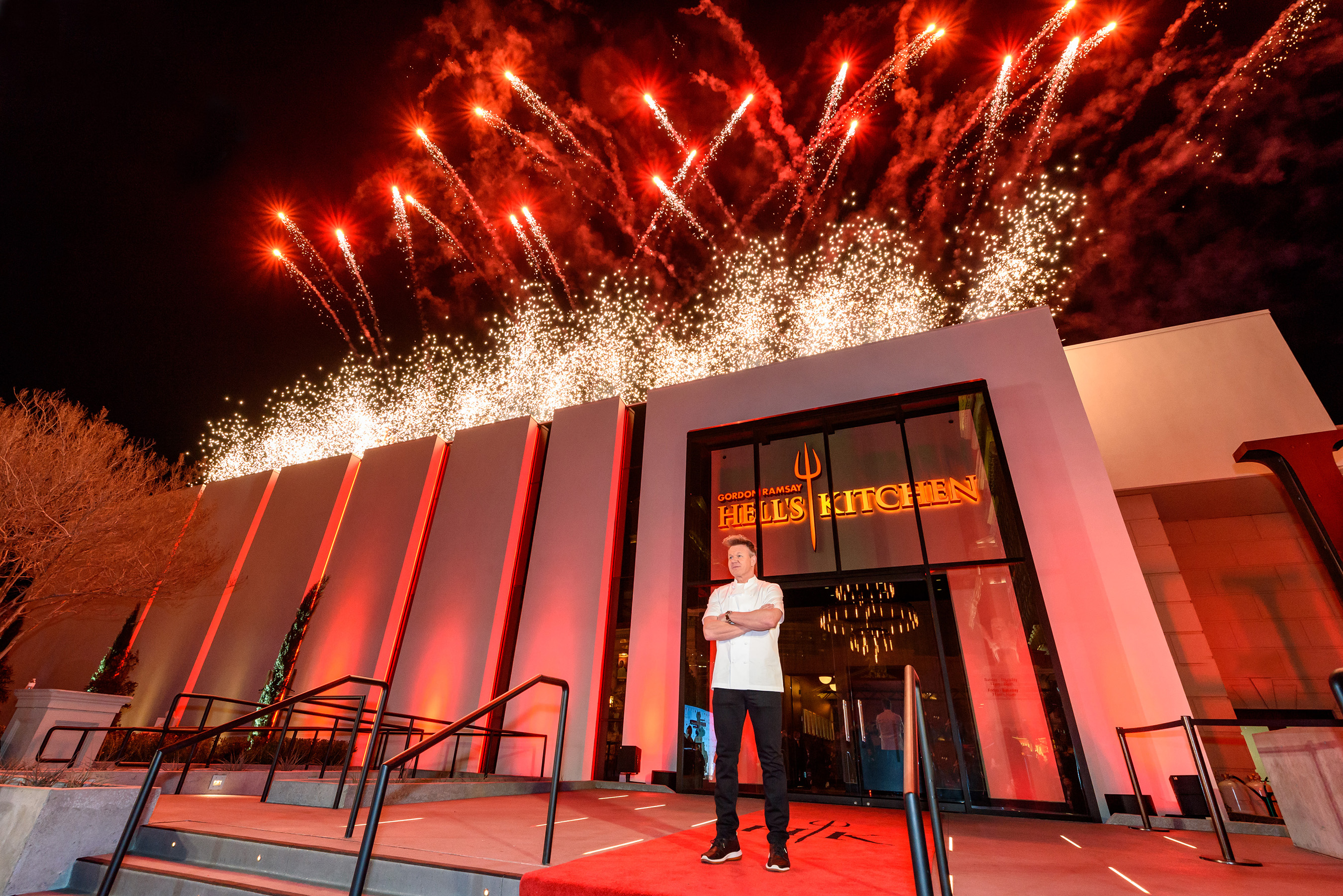 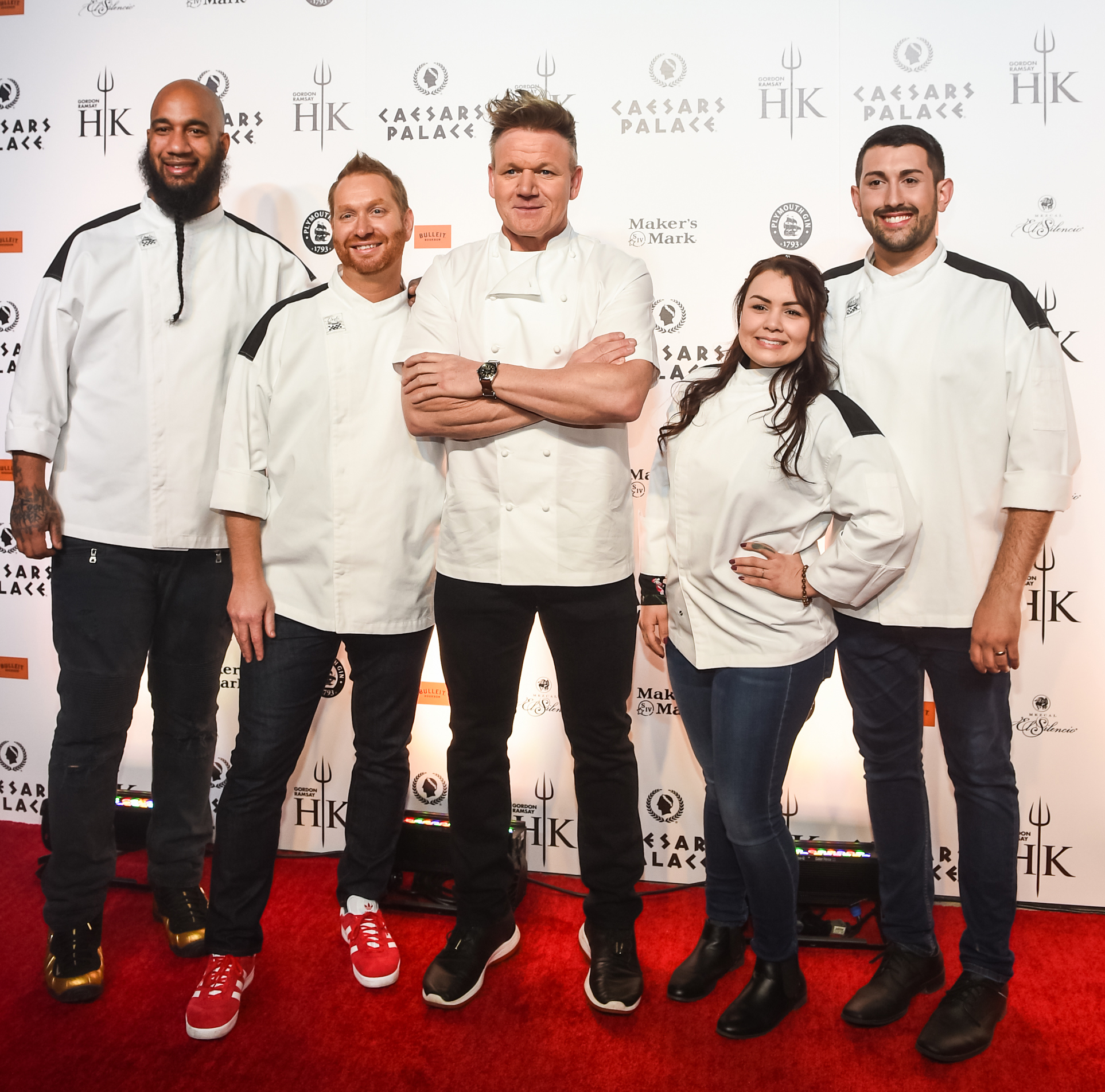 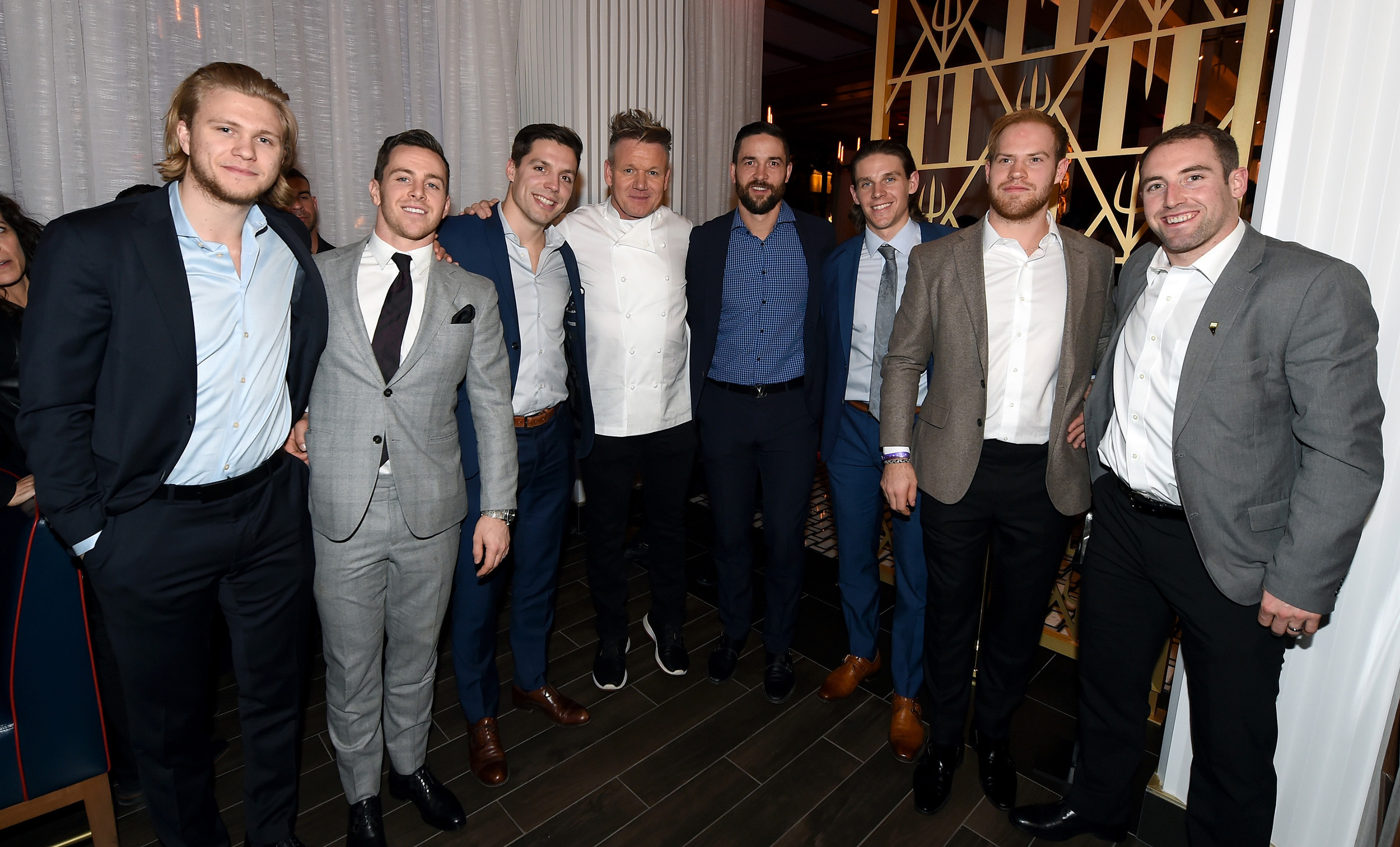 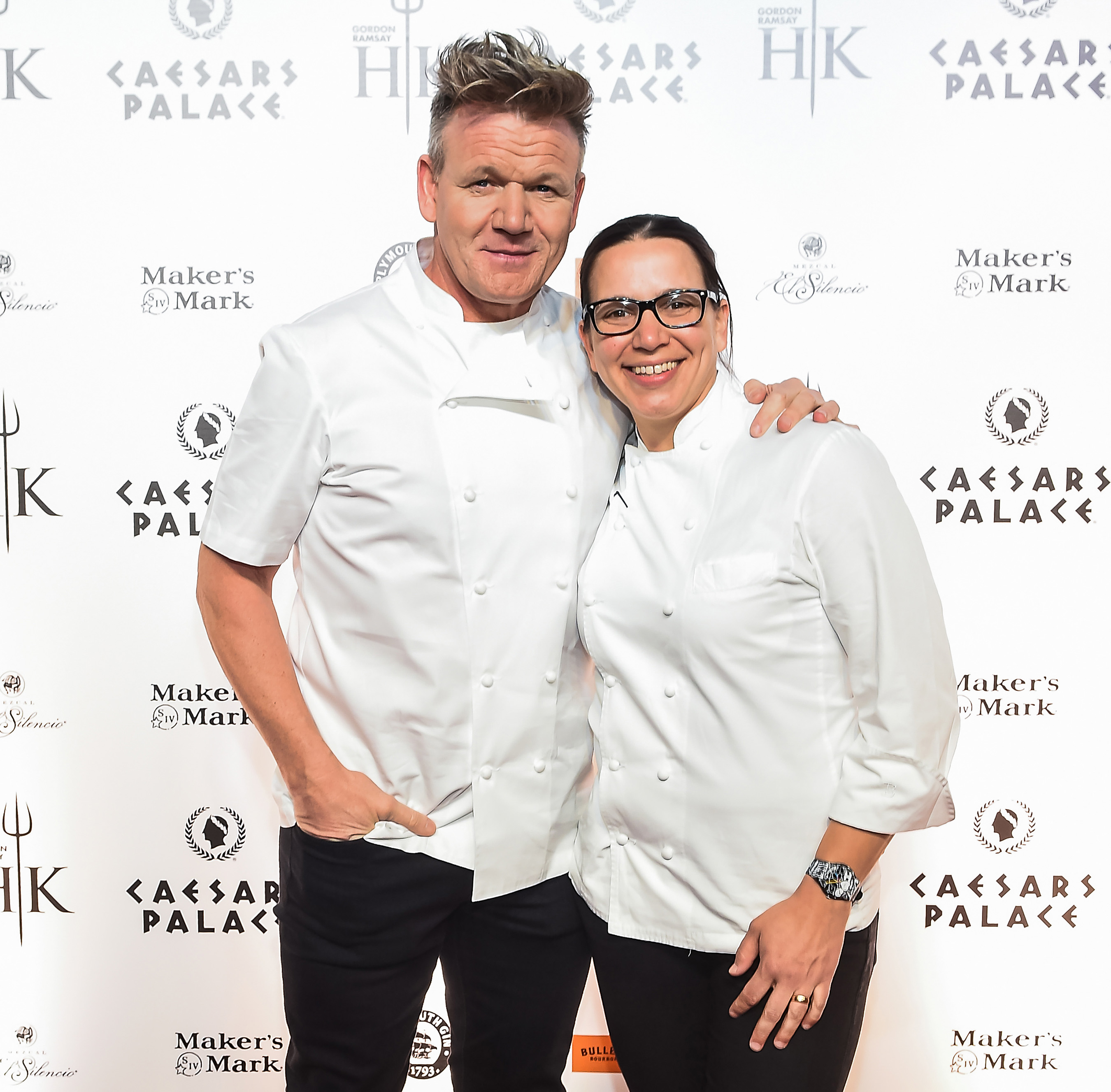 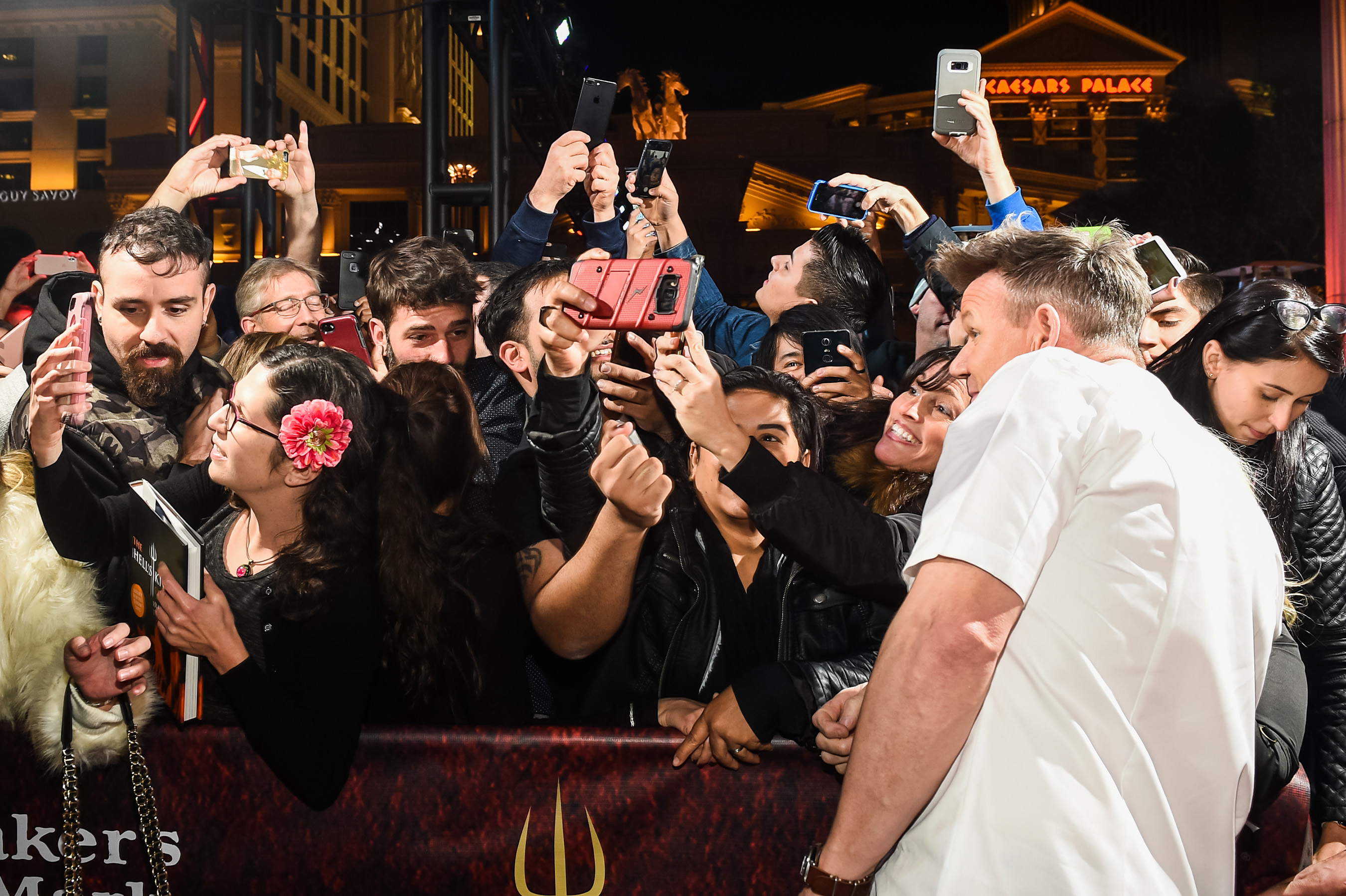 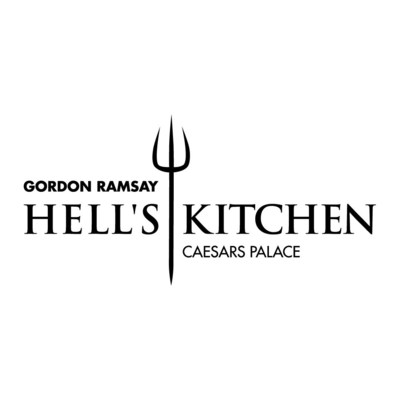